We seek to raise the profile of our members among business and mainstream publications and to provide them quality programming through our annual meeting. LCDA also educates the public and decision makers about the strong pool of Latino board qualified talent and the business case for board diversity.

Status of Latinos on Corporate Boards

The picture of Latino economic influence in the marketplace is contrasted by woeful underrepresentation in America's corporate boardrooms. Despite a strong talent pool, just 2.7% of Fortune 1000 company board seats are held by Latinos.

While Latino representation on F1000 boards has been slowly growing in recent years, our research shows that it is growing at a much slower rate than for other minorities, and that Latinas in particular are seeing the lowest numbers of representation. See the numbers and read more in reports from our LCDA and strategic partners.

Latino Representation on Fortune 1000 Boards LCDA, with audit, tax and advisory firm KPMG LLP, released this new report that shows, despite growing shareholder interest in corporate diversity – there is a significant gap in Latino/a representation on F1000 boards in states with notable Latino populations (Texas, Florida, and California) and across industries such as technology, materials, and aerospace and defense. 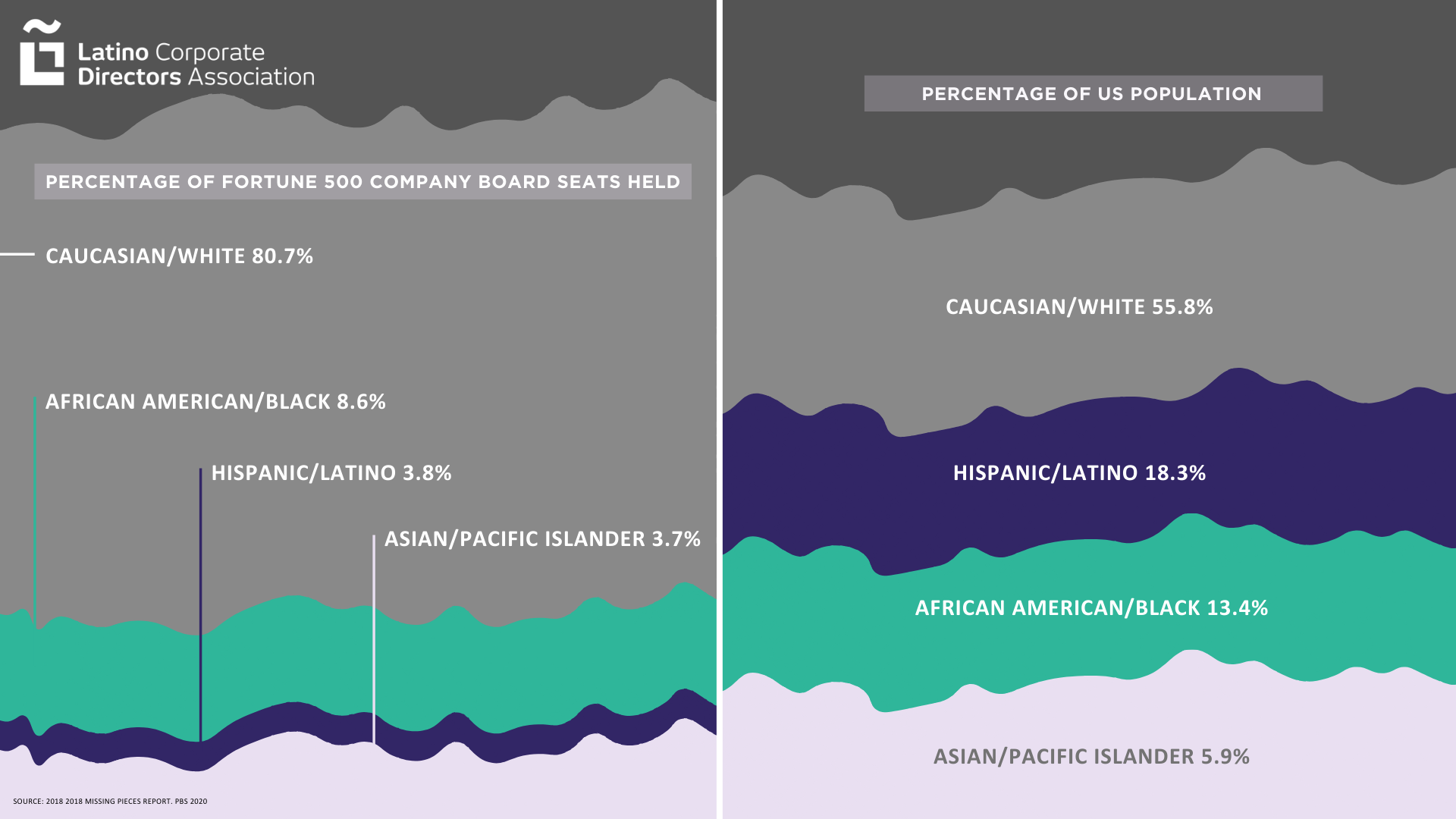 The numbers plainly show that Latinos are driving the US economic engine.

Latino consumers are driving consumption on growth for all mass consumer categories. The bottom line is, Latino prosperity equals corporate prosperity. Without Latino voices in the boardroom, companies ar leaving money and opportunity on the table.

The factsheets found here detail the growing Latino economic powerhouse and its impact on the US economy.